Warning: get_class() expects parameter 1 to be object, null given in /homepages/37/d251170058/htdocs/clickandbuilds/SlimandBecome/wp-content/plugins/sensei-version-1.9.9/includes/class-sensei.php on line 917
 Why Diets Don’t Work – Slim and Become
Skip to content 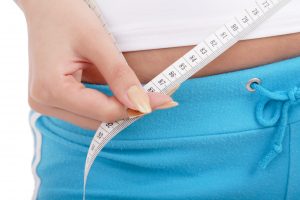 They reckon that by the age of 45 the average woman has been on 61 diets and will spend 31 years of her life on a diet of some kind. Men are not far off with an average of 28 years dieting. So we’re all getting thinner, right?

Clearly not, as statistics show that 30% of the world’s population is overweight or obese and at current rates it will be 50% by 2030. So what does this tell us?

First and foremost it must tell us that, in the long term, diets don’t work!

When you diet, especially those ‘Lose 6lbs in a Week’ kind of diets, your body recognises that less food is being consumed and goes into ‘famine’ mode. It produces an enzyme called Lipoprotein Lipase which helps to store extra fat, to be used in emergency (imminent death). You are now a super-efficient fat-storage machine. Lipoprotein remains in the body for up to 3 months, even after the perceived famine (diet) is over. As soon as you start eating normally again, the body sends it all straight to storage, making you fatter than before! And then to top it all, the body, to preserve that store of fat, will start to use the lean mass (muscles & bone) as its fuel – so the diet seems to have worked because you lose weight.

Less muscle & bone means the body needs less calories to keep it going which means, as soon as you stop your diet, weight goes on quicker than before. This is why so many people who have dieted repeatedly find they are eating less and less but still putting on weight.

Added to this, the body has a natural balance that, over time, becomes a default position. In other words, if someone has been overweight for some years, the body then accepts this state as ‘normal’ and will do anything it can to hold this status quo. So that, when they diet, they lose weight to begin with, but then the body will start to regain its status quo by slowing the metabolism and holding on to every calorie it can.

Hypnosis and NLP can help you to switch the ‘thermostat’ down by allowing your mind to begin to see the ‘thinner you’ as the ‘default’. It also helps to speed up the metabolism, encourage that ‘full’ feeling sooner, motivate you to enjoy movement, remove emotional eating from your life, encourage healthier eating and reduce cravings for sugary foods. Adding hypnosis to your weight loss regime has been shown, in research, to increase weight loss by an average of 97% and even more importantly increased the effectiveness long term by over 146%!